Microsoft has designed a new updated version of Windows 10 that was launched in 2015 but it’s not yet released to use, it’s still in its testing phase and supposed to be released by end of 2021. If you compare both the versions i.e. Windows 10 and Windows 11 then you will find many differences. One of the most noticeable differences you will find is the Windows 11 Taskbar and Start Menu. in Windows 10 they are positioned on the lower-left corner of the screen but in the new updated version, Windows 11 Taskbar and Start Menu icons are located in the center, just at the place where your eyes tend to go and where MacOS usually has its icons.

But if you have a Muscle memory and you find yourself uncomfortable with this new feature and want to use the familiar way which you are habitual, by dragging your mouse cursor down to the left-hand corner for clicking the Start menu icon to launch any application, then you can easily do this in just a few steps. In this article, we will learn about a few steps that will help you to restore your original feel of the Windows 10 taskbar and how to windows 11 move the taskbar to left.

But before we proceed to the steps, let us tell you a few things that you should be knowing. First of all, currently, Windows 11 is not yet released for the public to use, it is in a period of beta testing. This means that there are chances that there can be many changes made before it finally gets released and it might happen that if most of the people will be having problems with this feature then definitely changes will be made to ease the users.

Secondly, if the feature remains as if we talk about its current feature then it will be near too impossible to drag and move the entire taskbar to the right, left, or top of the screen. In the early versions of Windows 11, this option has been removed. So, if you think you are habitual of using the icon orientation of Windows 10 then it’s better to stay on Windows 10 because in case you won’t be able to change the orientation in the future then you will have to face a lot of problems.

However, talking about making orientation changes, thankfully it’s an easy task to switch to the older taskbar style from the settings. Below are the steps mentioned to move Windows 11 Taskbar icons back to the left corner.

How to Move Taskbar Icons From Windows 11?

By default, the Windows 11 Taskbar icon is aligned to the center. But almost every one of us has a habit of accessing those icons from the lower-left-hand corner.  So, to move these center-aligned items to the left you need to manually configure the taskbar alignment. A few steps are mentioned below that will help you change the alignments of the icons:

1. Right-click on the empty taskbar area and then select the “Taskbar Settings” option

Now the other way contains the following steps:

Now for the second step, we need to change the changes in Taskbar Behaviour manually. Follow these mentioned steps below accordingly:

Doing this will instantly move all your taskbar icons, including the Start menu and search to the left of the taskbar. Windows 11, unlike the other older version of it, does not let its users change the location of the taskbar to the left, right, or top. However, as Windows 11 is in its testing stage, in the future we may see more features and changes in the coming updates.

Follow the steps correctly to hide the taskbar menu:

You also have the choice to hide the taskbar on some screens, but no other screens.

When you use multiple monitors, you can opt to show the taskbar on just one or across both displays. This is adjusted from the same settings menu on the taskbar.

This option gives you the facility to minimize all active windows and show the desktop immediately by clicking on the far right corner of the taskbar. But this feature will only work when the taskbar will be visible and clickable.

For example, if you have opened the browser or any app in windowed mode and the taskbar is still visible to you then clicking on the far right corner of the taskbar will minimize all currently active apps on your device and bring up the desktop to you. This feature will not work if the app will be opened in full-screen mode where the taskbar will not be visible.

For example, let’s talk about a common app the Mail app, one of the default apps in Windows 11. It will show a badge counter that displays the number of unread emails you have in the app.

If you have other apps that support badge counters like messenger apps, email apps, or other similar apps, they too will display their own badge counters.

Show my taskbar on all displays

Use Registry Editor (Try it at your own Risk)

If you want to move your taskbar from center to any other direction on the top, left, or right you can do it by using Registry Editor. This is a powerful tool. The Taskbar cannot be moved to the top, left, or right of the screen at the moment in Windows 11.
Note: If you don’t use Registry Editor properly or mess with Regedit values and keys. It will create problems for you and your system become unstable. So if you don’t know about the registry first read about it how to use it and what safeguards are needed to do it. And before doing any modification we recommend you to take a backup of the Registry. Steps are given below:

The taskbar is a very useful and important tool in Windows 11/10/8/7/Vista/XP. It is used for different purposes. It is used to keep track of all the programs and windows that we have open on our computer, and also to open them again. The taskbar is located at the bottom of the screen. It can be moved to any part of the screen, but most people like to keep it at the bottom. It has different uses, and one of them is to move the taskbar icons to the left corner. This feature is not supported by Windows 10 and 8 and can be achieved in Windows 7 and Vista. 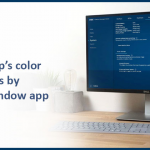 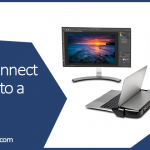 How to Connect a Monitor to a Laptop?