A Distributed Denial-of-Service (DDoS) attack is a malicious attempt in which the attacker makes it impossible for the services to be delivered. A DoS service makes websites, online services, servers, and other network resources, its target and overfloods them with traffic more than its bearing limit. The intention is, that either the server slows down or even crashes and shut down so that the user’s request cannot be completed.

In DoS, these malicious attacks are sent by one system while in DDoS, many such systems do this work together. DDoS traffic, in simple language, is an unexpected traffic jam on the highway which does not allow regular traffic to its destination. This traffic could be a database being hit with a large number of queries at the same time, packets containing malicious data, a high amount of server requests at the same time, etc.

How does a DDoS attack work?

Internet-connected devices generally perform Distributed Denial-of-Services (DDoS) attacks. The main system which is in direct control of the attacker finds some more vulnerable devices and gains control over them by anyhow hacking them or guessing their passwords, etc. These vulnerable devices which are remotely controlled by the attacker are individually called zombies or bots. Together this whole network is called a botnet. The number of bots in a botnet could be any, ten, hundred, thousand, there is no upper limit for this.

When the target server or network makes any request, in the botnet, each bot sends a request to the IP address of the target. Which create a lot of traffic and due to this flood of incoming request, the system slows down or crashes and shut down.

What are the reasons attackers use DDosing?

DDoSing is the act of organizations, individuals, and even nation-states launching a DDoS attack for personal gain.

Vandalism in the digital world is referred to as cyber vandalism. It’s a way for bored youngsters to voice their dissatisfaction with a system or institution. By programming malware to harm digital files, disrupting regular operations, or removing a disc drive, causing the machine to shut down. Its target is both individuals and businesses, even though its objective is financial gain.

The DDoS attack is often utilized as a business strategy. The goal is to disrupt their customers so that they will have a bad experience and switch to a competitor, as well as cause reputational and financial harm. In this scenario, the attackers are experienced, so they spend months attempting to damage competitive internet enterprises.

When criticizing governments and their policies, the term hacktivism is used. Big business, politicians, and current events are also covered. It will cause a problem for your website if it is against you. They are not technical hackers like other professional hackers; instead, they assault their targets with pre-made tools.

Extortion, sometimes known as ransom, is becoming a more common motivator for DDoS attackers. It is done primarily for financial gain, and DDoS attackers will threaten individuals or corporations until the extortion demand is met. They will demand payment in bitcoin, making it difficult for anyone to track them down.

There are mainly three types of DDoS attacks:

This attack uses a huge amount of traffic to flood resources such as the server or website. This attack generally includes ICMU,  UDP, and packet flood attacks. The size of a  volumetric or network-centric attack is measured in bits per second (bps). Domain name system amplification attack is an example of this type of attack which uses the target’s IP address to send the DNS request.

This attack sends a very high number of packets to the target network infrastructure. This attack target the transport layer protocol using flaws in those protocols so that the server could get flooded and the request is not completed. It’s one example is the SYN flood attack which sends the target server’s IP address some ïnitial connection requests, which drags out the Transmission Control Protocol which is a never-ending process. The size of the protocol attack is measured in Packets Per Second (PPS).

How to identify DDoS attacks?

Availability issue is generally the cause behind a Distributed Denial-of-Services (DDoS) attack. So, a DDoS attack can sometimes seem like a non-malicious issue which can cause an availability issue like a down server, many requests from legitimate users, and slow internet.

Some examples which may indicate a DDoS attack are given here. If any one of them or any combination of them is seen, it must be considered:

While frankly speaking, there is no ultimate way to prevent the Distributed Denial-of-Services attack, there are a few ways that we can follow to reduce the possibility of being attacked. Those are:

What to do if you experience an attack?

Contact professional for assistance if you feel that you or your organization is experiencing DoS or DDoS attack. Here are a few guidelines to follow:

Some examples of DDoS attack

DDoS i.e. Distributed Denial-of-Services attack is a malicious attack that can have a severe impact on a targeted business or organization. But as there is no solid way to prevent this attack, we need to take precautions to save ourselves from this attack. If we will be more careful while being online, we can surely prevent this attack.

How to Fix Your Connection is Not Private error? 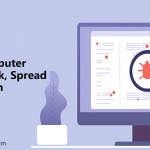