In any laptop, the two main components RAM & Processor play an important role. But most of the time people get confused about what makes A laptop faster RAM or Processor?. Here in this article, we will discuss the job of RAM & Processor in your laptop & what make a laptop faster RAM or Processor. But before discussing deeply first you need to know the difference between RAM V/S Processor. So let’s start from the beginning,

RAM is a laptop’s short-term memory and it stands for random access memory which is used to handle all active tasks and apps. RAM is a type of memory that loads and stores instructions from secondary memory. Secondary memory includes SSHDs, SSDs, and HDDs.The Central Processing Unit (CPU) queues the instructions for execution once they are loaded into RAM. It is usually, a better option because it speeds up the performance of your laptop, and more RAM means that more software types can be supported. It provides computers with the virtual space they require to manage information and solve problems in real time.

What does RAM do?

RAM is a type of temporary storage that disappears when the power is turned off. So, what is the purpose of RAM used for? It’s so fast that laptops are actively working on things like, such as the application you’re currently running, the web browser in which you’re reading this article, and the data those applications work on or with such as this article.

RAM is where your laptop stores the data that allows it to perform its most important tasks, such as loading apps, browsing websites & editing documents. Because your laptop can easily find the data in its short-term memory, RAM allows you to open apps and files quickly. Keeping the information you frequently use close at hand speeds up your laptop’s performance.

There are various types of RAM. Reduce energy consumption while improving speed and capacity Scientists are continually scrutinizing these experiments. Users had the option of static RAM (SRAM), dynamic RAM (DRAM), or synchronous dynamic RAM (SDR) by the late 1990s and early 2000s (SDRAM). DDR-RAM is the most prevalent type nowadays, and there are several generations, including DDR2, DDR3, DDR4, and DDR5. DDR is an abbreviation for double-data-rate, which allows for simultaneous sharing of files at the same time.

The logic circuitry that responds to and processes the basic instructions that drive a laptop is known as a processor (CPU). The CPU is regarded as the main and most important integrated circuitry (IC) chip in a laptop because it is in charge of interpreting the majority of the laptop’s commands. CPUs perform the majority of basic arithmetic, logic, and I/O operations, as well as allocating commands to other chips and components in a laptop.

What does Processor do?

A laptop’s processor is analogous to the human brain. Nothing would happen and your laptop would not function without it. The laptop, like your brain, receives and processes input and produces the necessary outputs to keep your body functioning properly (think of how when you get hungry and your body begins to show signs of hunger, i.e. stomach begins to hurt and you get the feeling of wanting to eat food). In essence, your CPU processes all of the data that moves through your system or comes into contact with it in some way.

A processor is a group of hardware components that work together to deliver data. The processor allows your computer to complete the task you request when you open an application or make changes to a file  The speed with which it processes can have a significant impact on your computing experience.

How does a Processor work?

A CPU functions in three stages. It begins by reading the instructions from RAM. The CPU then decodes the instruction to determine its meaning. Finally, the instruction is executed by the CPU. All of this must be completed as quickly as possible as you transition from tasks such as gaming, working, or checking e-mails. A faster CPU will enable you to switch tasks fast and with no interruption to speeds.

ICs today are typically multi-core, meaning that they contain two or more processors for more efficient processing of multiple tasks at once, consume less power, and greater performance. The majority of computers have between two and four cores, but this number can increase to as many as twelve. Certain multi-threaded processors have virtualized processor cores.

When it comes to laptop specifications, the two most important components are the CPU, also known as the processor, and the RAM, also known as memory. We understand what makes a laptop’s RAM or Processor speedier by observing their differences.

In this article, we discussed what is RAM and what is Processor and their difference. The overall performance of a smartphone or laptop is determined by how well the CPU and RAM cooperate.
However, because the processor is the brain of the laptop or smartphone, it may have an advantage over RAM. When a fast processor is linked to more RAM, operations become more responsive. I hope you understand What Make A Laptop Faster RAM Or Processor? By doing their difference. If you have any doubt or queries you can contact our Support Team. They will assist you. 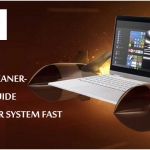 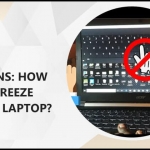 8 Solutions: How to Fix unfreeze Mouse on Laptop?