If you want to Check What Motherboard You Have but aren’t sure how we’ve given a few alternative methods in this article to assist you in determining what motherboard is on your computer. Checking your computer’s specifications is a simple process. In a few simple clicks, you can find out what CPU or graphics card you have, as well as how much memory your system has.

Finding out what motherboard you have, on the other hand, is a little more tricky. Fortunately, determining the type of motherboard in your computer is still very simple, and we’ve offered various methods on this page, each with step-by-step instructions.

What You Can Learn About Your Motherboard?

Using any of the procedures below, you should be able to acquire the information you need to order expansion cards, additional RAM, and more.

Let’s look at different options for getting this information without having to open your computer case.

Open your computer and take a look around

The simplest approach to determine what motherboard you have is to open your computer and examine the motherboard directly. The manufacturer and model number will always be displayed someplace on the motherboard – usually out of the way of critical hardware.

The manufacturer and model number are usually shown on motherboards, though not always in the same manner or location. For individuals who are fresh and new to PC construction, familiarising yourself with some of the more common brands and chipsets is the best approach to determine whether you’re looking at those precise details.

Manufacturers of popular motherboards include:

Using the “wmic” (Windows Management Instrumentation Command-Line) command on the Windows command prompt, you may get all of the same information as well as the serial number.

Check Your Motherboard By Opening Your Case

The motherboard always displays the manufacturer’s name and model number somewhere on it. While it is the easiest way but it is not the preferred method for laptops since there may be components that may be placed in front of the motherboard.

For those people who are completely new to PC building and are unfamiliar with the other specific details, the easiest way to know about things in detail is to simply familiarize yourself with some of the more popular brands of motherboards and chipsets manufacturers so that if you see those brands name anywhere on the motherboard then you can identify them by seeing the names. Some of the popular manufacturers of motherboards are listed below:

The motherboard information is sometimes written towards the extreme edge of one of the motherboard’s sides, or in the very middle, near the CPU. The chipset, model, and serial number may also be printed there.

To varying degrees, several third-party applications provide information about your system hardware. The following are a few of the oldest and most reliable options:

All of these programs are free or shareware, the latter being open source. Each of them can be used to determine the make and model of the motherboard. We shall, however, use CPU-Z for this tutorial. You can download the program as a portable zip file, so you don’t have to install it.

Here are a few steps mentioned by which you can check what motherboard you by using system information:

This could be the easiest way to check your motherboard model and brand on windows if you have a compatible motherboard. But this method is hit-and-miss because in our tests it seems to be compatible with certain motherboards but fails to identify others. So, it’s not confirmed that you will get the manufacturer’s name, you can get it or maybe you can not.

What is the function of a motherboard?

The official motherboard definition is that it is a computer’s main printed circuit board, which implies it is the primary piece of circuitry into which all other components plug to form a unified whole.

The motherboard is the backbone of the computer, connecting all of its components in one place and allowing them to communicate with one another. None of the computations would be possible without it.

Without it, none of the computer’s components, such as the CPU, GPU, or hard drive, would be able to communicate with one another. For a computer to function properly, the motherboard must be fully functional. If your motherboard fails, you’re in for a lot of trouble.

Parts found on most motherboards

While you don’t need to glance at the motherboard on a frequent basis, it’s a good idea to get to know the ins and outs of this important piece of hardware. The motherboard will resemble a flat piece of cardboard or plastic with numerous metal designs and wires attached to and around it.

Motherboard components are the parts that plug into it, either with cables or directly. These are some of them:

Motherboards are available in a variety of sizes, shapes, and configurations.

Motherboards are classified according to their shape and size, as well as the technology they contain.

AT: The first motherboard, which was used in almost every computer until the Pentium 2. These were 13.8 by 12 inches in size and came with 6-pin power plugs and sockets. In 1985, this motherboard was reintroduced in a smaller form size known as “Baby AT.”

The AT motherboard is no longer in use.

Check the Manufacturer and Model of Your Computer’s Motherboard Easily

So, that’s it. It’s simple to determine the make and model of the motherboard in your Windows PC. However, there’s little you can do if your PC vendor has purposefully buried that information.

In any case, now that you know how to determine what motherboard you have, discover how to monitor the CPU temperature of your Windows PC. Also, see 15 strategies to extend the life of your Windows laptop’s battery. 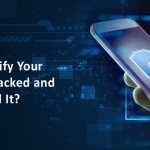 How to Identify Your Phone Got Hacked and How to Avoid It? 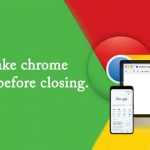 How to Make Chrome Warn You Before Closing