On the other side, energy continues to reach the stuck pixel, but it is only stuck in one color. You can fix stuck pixels, but you can’t guarantee that you’ll be able to fix a dead pixel. There are a few methods for fixing pixels. Now we’ll look at how to fix dead or stuck pixels.

Reasons behind dead or stuck pixels

How to Fix Dead or Stuck Pixels

You can utilize third-party solutions to fix a dead or stuck pixel, which all involve flashing colors on your screen to pinpoint the stuck pixel. You can also rub the screen with a cloth using the manual technique. Let’s dig deeper into the methods for fixing dead or stuck pixels.

The effort to shake the stuck pixel so it goes back to normal. Screen fixing software flashes a random combination of red, green, and blue colors at a rate of up to 60 flashes per second. Screen-fixing software should not be used if you have epilepsy since it shows quickly flashing lights in an irregular pattern. Now let’s talk about the tools to fix stuck or dead pixels.

You don’t need to download this tool. It is a website or free online app you can directly use it. You can utilize it on your screen laptop, tablet, TV, smartphone, or desktop. Before using this app check that system’s internal parts are cool. Steps to use.

Scroll down and click on the Launch JScreenFix blue color box.

After this when the screen goes black, a colored box appears that you can move from side to side.

Now you move the colored box where the stuck pixels are displayed and make a full screen so you can easily identify stuck pixels by pressing F11.

Leave the pixel fixer open for at least 10 minutes and don’t minimize it, but leave it open for longer if the pixel is still stuck or dead.

If it doesn’t work the first time, try again.

The PixelHealer is free software you can download on smartphones as well as computers. It works on the technique of pixel shock when the screen displays multiple colors in rapid succession. It is a very effective method.

When you start the tool will create a small color window with the Start Flashing button.

When you start it all we have to do is select the dead or stuck pixel zone, set the time, and press the button.

This method work on pressure and heat it is also an effective way to fix the pixel problem manually it has a good effect as well as some serious effect on your screen. Putting pressure on the screen or using heat is sometimes helpful in changing their stuck pixels. First, we talk about the pressure method.

You have to turn on the computer screen for this method.

Now you need a sharp and narrow end object like a pencil, marker, or the end of a makeup brush.

In this process, the scratch will be there on your computer screen so if you want to avoid scratching you must cover the end of the object with a cloth.

You have to put little pressure on the stuck pixel and then around the site of touch, you should observe a bright white rippling effect.

If the pixel is still stuck do repeat this process and go with the heating method. and shut down the system for an hour.

Use a moist cloth that has been soaked in hot water. The water temperature is roughly 190 degrees, which means you should remove the utensil from the heat and place the washcloth in the water when air bubbles appear at the bottom.

Cover your hands so your fingers will not burn and seal the hot washcloth in a plastic sandwich bag.

This method of applying light pressure should relax the pixel’s internals. Still, it does not work then you have to take the help of a professional who can repair the pixel problem.

Other things you can do

If your display is still under warranty, you can have it replaced. If a monitor has a particular amount of stuck or dead pixels, many manufacturers will replace it.

If a pixel has become stuck recently, you can turn off your computer for 24 hours to solve that problem. There is no guarantee that turning off the computer would solve the problem, but by doing so, you can avoid further damage.

In this article, we will discuss all aspects of dead or stuck pixels, including the most common causes of dead pixels and the fundamental differences between a dead pixel and a stuck pixel. The article’s most significant aspect is how to fix a dead or stuck pixel. There are a few options you can take, such as using screen fixing software. While there is no assurance that screen fixing software will solve the problem, it will in 50% of the cases.

You can also use the pressure and heat method to manually solve this problem. Finally, if you can’t fix the problem yourself, you’ll need to take your monitor to a service center or have it repaired. Also, while you can fix your monitor, doing so will cost you more money than purchasing a new one. We hope that this article will help you in resolving this issue.

How to fix Microphone on Laptop when it is not working 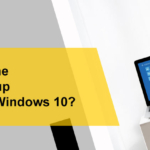 How to fix the laptop startup problem in Windows 10?