If you discuss your computer’s problem with someone that is suffering from a slow performance issue, the first thing you are told to do is to turn on the power mode of your system. Now you would be struggling with many questions in your mind to know how to turn on power mode in windows 11, 10, 8, or any of the versions to improve its performance.

But the first thing you tell me, do you even know about how the power mode will increase the performance, what is the power mode is all about? If yes, then superb but if you do not know, no problem at all. We will first discuss all details about windows 11 power mode, then we will proceed to the next step. So let’s get started.

Power modes edit and modify the windows 11 performance and other functionality of the system according to the user’s instruction to satisfy the user’s need. Different power modes in windows 11 facilitate the user with different options. Some offer the best performance by increasing the CPU speed, some offer the option of battery saver by decreasing the CPU  speed, brightness, and many more.

Some windows 11 power modes are mentioned below:

When your system is not connected to power and there is no facility to charge your system for a while, you need to save your battery. This battery saver is the best option in such conditions. It offers prolonged battery life and helps in conserving power.

When the battery saver is on, it disables some of the window features, reduces the screen brightness, lowers the CPU speed, and changes other similar settings to provide a long battery life. Battery saver mode is only available on DC power.

In some cases, it can also be labeled as the “better battery”. This is usually considered as the default setting. It is balanced between power-saving and performance. It delivers a longer battery life than both the modes “better performance” and “best performance”, and it also provides better performance than the mode “battery saver”. It could be called the average among all the modes.

It is the power mode on the slider that slightly gives more precision to performance than the battery life. It still has better battery life than the mode “windows 11 performance mode”. It is suitable for those users who want to trade off power or battery life for better performance of their apps. It is available in both AC and DC power.

In this mode the priority is to provide a better speed and performance, battery life is not given that much concern as in other modes. Its target users are those who want to trade off power for performance and responsiveness. The best performance mode is available on both AC and DC.

Turn on Power Mode in Windows 11

You learned what different modes are provided by the power modes and what is their benefit and when they should be used. Now, to turn on power mode in windows 11 and select modes for better performance you can follow two ways. One is the shortcut and the simplest mode i.e. slider, and the other is considered as the main setting i.e. windows 11 power mode. So let’s know about them one by one.

You may already know about the simplest way to increase the performance of your Windows 11 PC, that is Windows power-performance slider. But in windows 11 this option is hidden by Microsoft, let’s see where.

Microsoft provides you with an easy way to change the power mode and increase the performance by the power-performance slider. This slider appears by clicking the battery icon on the Windows Taskbar, where you can set the slider on different modes available based on your need. Here we are talking about increasing performance, so there you can trade lower performance for extended battery life.

Generally, this feature is available on Laptops, and less so on desktops. But this feature does make a difference. Microsoft dials down the performance slider on its devices to their most minimal settings, where battery life is preserved at the cost of performance or vice versa.

The first official build of Windows 11 revealed that it left out the power-performance slider, but the most recent update of the Windows 11 added it back in. But again one more problem is that it is where it used to be. Clicking the battery icon on the Windows 11 taskbar directs you to the Windows 11 quick settings where you can adjust the volume levels, turn on Focus Assist, and more.

Windows 11 has a setting formally named Windows 11 Power Mode. But this does on have any shortcut icon on the desktop or in the taskbar, so you need to follow a few steps to open this setting. Those steps are mentioned below:

By following the above steps, you can turn on power mode in windows 11 for increased performance.

In this article, we have seen about the different types of power modes and what is the meaning of choosing those modes, and what happens after you select a particular power mode. We also came to know about how to turn on power mode in windows 11 for increased performance. Hope all these points are very clear to you and you got all the questions to your doubt regarding power modes. 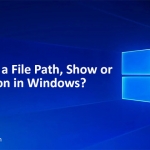 How To Copy A File Path, Show or Hide Extension In Windows? 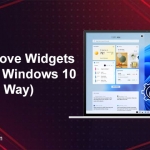